We are open for appointments.

We are REQUIRING all patients and employees wear their own personal masks at all times while in office.

Meet the experienced and friendly doctor and staff who make Eyecare of Union Square a proud provider of vision care products and services in Lakewood, Colorado. 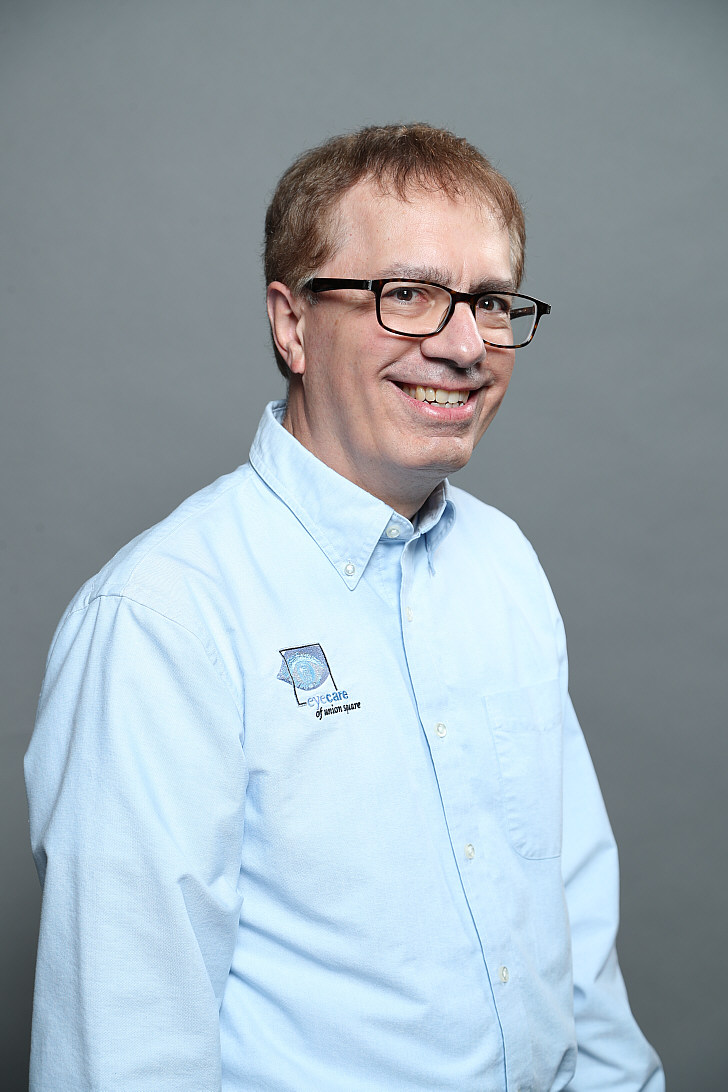 Dr. George Mamalis grew up in Rock Springs, WY, a small town in southwestern Wyoming. He attended the University of Colorado and received his Bachelor of Arts degree in 1982, majoring on biology. He then went on to the University of California, Berkeley, where he received his Doctor of Optometry in 1986. Moving back to Colorado, he has been at Eyecare of Union Square ever since, and bought the practice in 1987. Dr. Mamalis belongs to the Colorado Optometric Association and the American Optometric Association.

Dr. Mamalis is board-certified by the American Board of Optometry. This means that he maintains the highest standard of practice. He also has to complete 100 hours of continuing education courses in each three-year certification period, more than twice the hours required by the State of Colorado! This adds up to the latest information in eye health to take better care of his patients.

Dr. Mamalis has been married to his wife Leslie since 1990. They live here in Lakewood with their dog and cat. They enjoy gardening, bird watching, hiking, and traveling. Dr. Mamalis is also a big football and ice hockey fan. Dr. Mamalis is a member of the Rotary Club of Golden, where he is active in numerous community service and charitable projects. He was selected Rotarian of the Year in 2001.

Krysta was born and raised in Littleton, CO. She currently lives in Englewood with her husband, Jeff, and their dog, Wesley. Krysta joined the practice in February 2013 and in July 2016, Krysta graduated from Metropolitan State University, earning her Bachelor’s degree in Business Management, and is now utilizing her skills as our office manager.  In her spare time, enjoys traveling, camping, watching football and baseball, and spending as much time as she can with family. Krysta enjoys working at Eyecare of Union Square where she can assist in making patients look and see their best!

Cathy was born and raised in Colorado. She currently lives in Littleton with her husband, Rick, and two daughters, Madison and Hannah. She enjoys camping and hiking in the mountains during the summer, watching her daughters play softball, and spending time with her large family. Cathy joined the practice in January 2011. She believes that every patient deserves both personal attention and professional care.

You can schedule your next appointment with us online!

Leave Us a Review

Please take a moment and let us know how your experience was.

Let's continue the conversation over on your social network of choice.